Jennifer Beals was brilliant on the screen
of her movie called, "Flash Dance"

She gripped everyone's heart in the world
with her acting, beauty and dancing.

She carried the movie to blockbuster.

However what happened to her after that?

She was gorgeous, wasn't she??

For she is mixed, she has an exotice facial feature.
I personally believe mixed is the best!! 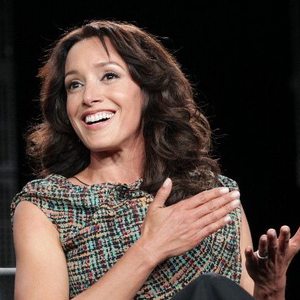 Photo from Celebrity Net Worth

Now she is even better, isn't she?

People age as time goes by but cosmic law does not work on her.

They say all is vanity but her beauty is no vanity.

She is beautiful forever.

She said that the secret of her youth is being happy!

From birth to Flash Dance

She was born between father who was Amfrican American and mother Irish American.
Her father passed away when she was 9 years old.

Since her father was extremely successful in operating supermarket,
the family got massive fortune.

The mother was remarried to another guy when she was 17.

She went onto the high school, called "Francis W. Parker School"
where some famous actress graduated from.

And then she went to Yale University.
She passed the audition for Flash Dance while studying in the University.

Needless to say, the movie did extremely well at teh box office.
She bcame a superstar overnight!!

She got nominated for Golden Globe(musical and comedy section).

Her career took off perfectly.

In 1984 she starred in a movie called, "Bride"
but this movies ended up with a fiasco with a massive deficit.

She lost all the fame and reputation that she earned from Flash Dance.

She started some TV shows etc.

Her popularity is not as big as Flash Dance time.

So we do have the impression of being a one hit wonder.

As stated above, she has been doing small roles.
That is why not many people know about her recent activities.
Or we would say that she is living a stabale life and haveing a stable career.

Who is Jennifer Beals' husband?

Jennifer got married with a film dorector called, Alxander Rockwell in 1986.
After 10 years, they divorced in 1996.
They did not have any kids.

In 1998 she got married with a Canadian entrepreneur Ken Dixon.

In 2005 she gave birth to a daughter named Ella Dixon.
That was the first birth at age of 42.

That is amazing, isn't it??

So we are wondering abotu her net worth.
It is said that she has a net worth of $8 million dollars.

It is also amazing!

I do believe she still gets some loyalty from movies etc.

She was our dream girl in 80s.
And now she is still oue dream girl.

Probably she makes massive effoerts to maintain her beauty.

I stated, cosmic law does not work on her.
Probably that's wrong.
She makes efforts to work against the cosmid law.

Otherwise it is impossible to be so beautiful in her age!