Lots of people are stuck to the cinema screen to watch him.

However there is a term called, "Superman Curse"

A lot of bad things happened to the people who got involved in Suparman. 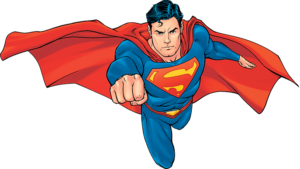 On the other hand Teri Hatcher and other actors got very successful
after they made appearance in Superman movie,
some say that there is no Superman Curse.

Also those bad things happened to George Reeves and Christopher Reeve
are likely to happened in those area, they deny the curse.

However some people take it seriously, so they refused an offer of a big out pay.

George Reeves starred in Superman movie and Superman TV show.
After that he had the Superman typecast and ended up with getting no acting job.
A few day before his wedding 16th June 1959,
he departed with his own will in his house.

He starred in 4 movies of Superman in 1980s.
While he was playing cross country,
he fell off the horse and got paralysed shoulder down.

Christopher Reeve died on this day fourteen years ago in 2004: pic.twitter.com/RdV8T9A1GH

In 1963, John F Kennedy decided to make appearance on Superman,
but on the 11th of Nov in 1963 he departed this world.

As soon as they made Superman, they started fallout,
as a result Fleicher studio had financial difficulty.

Kirk Eirin starred in Superman in 1940s.
After that he could not get other acting job.
It is sad that he had a strong type cast or he was disliked by the casting manager.

Richard Pryor played a genius programmer in "Superman 3".
After 3 years he had a serious disease.

Some people had mishaps after appearance in Superman
but it is hard to conclude.

As stated above, other people have been very successful
after making an appearance in Superman.