Michael Jackson was a legend!
Legend literally means someone or something
has been talked about over generations and generations.

He passed away in 2009 but still many people are talking about him.

That is why he is a true legend!

Some people say he is still alive.

He was called, "King of Pop" 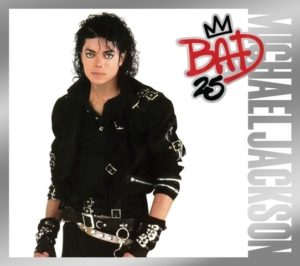 Michael Jackson belonged to a band called, "Jackson 5"
that consists of his brothers.

Jackson 5 was a great band.

They got number 1 in the American chart with their debut single
called "I Want You Back".

With second single "ABC", they got number 1 again
by replacing previously number 1 song "Let It Be" by The Beatles.

Newly emerged band beat the music icon Beatles and got numer 1.
It's great, isn't it??

Their next song "The Love You Save" and "I'll Be There"
got number 1 in the American chart.

4 consecutive songs from their debut conquered the chart.
It was a feat!!!

However Jackson 5's activities were getting less and less.
And then Michael Jackson started his own solo work.

In 1979 he met with an amazing music producer Quincy Jones.
And they produced so many great songs together.

Their songs struck the entire world.

Michael Jackson was a great entertainer.
He departed on the 25th of June 2009 at age 50.

The superstar's death shocked the world.
So many people were in a grief and mourn.

Actually he made announcement that
he was going to make a concert titled "This Is It".

However just before the concert, he suddenly died.

And then documentary film "This Is It" was made up with
his rehearsal scenes for his concert.

This movie was supposed to start on the 30th of Oct 2009,
but the schedule was moved to 28th of Oct due to the too much popularity.

Originally this movies was meant to be showing only for 2 weeks
but they extended it to 4 weeks.

He was still very popular even after his death.

He definitely passed away in 2009.
However some people are saying that he is still alive.

Also the reason why his colour of skin changed was he obtained his eternal body.

Some say his sudden death was staged and was a fake.

Interestingly enough his coffin had
never been opened by anyone until he was buried.

This fact also stimulates their imagination.

In other words he had to fake his death for some reason.
He is also rumoured to be alive somewhere.

This photo was taken somewhere like a theatre.
His eyebrow was clearly drawn.
His face is more like unisex.

It is very similar to Michael Jackson.

The reactions of those who have seen this vary.
Some people say this is just another person,
some say it must be MJ!!

Lots of fans are hoping he is MJ. 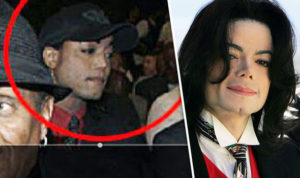 Michael Jackson had been exhausted since media chased him everywhere.
As a result he did not have any privacy at all.

His stress must've been beyond our imagination.

Therefore he must be living a quiet life somewhere to redeem his stolen life.

That's how they imagine!

He made a revolution in singing and dancing in the world.

That is why everyone wants him to be still alive.

One day if he stands up in the stage and shows us his dance moves,
it is amazing. isn't it???

I make prayer that this is going to happen and put his music on!!