Plastic pollution is aweful.
It is just a nightmare and is getting worse and worse.

We must do something about it.

Lots of sea animals are dying from it.

So this time we want to approach plastic pollution.

Approx 30kg of plastic trash was found in the whales' stomach 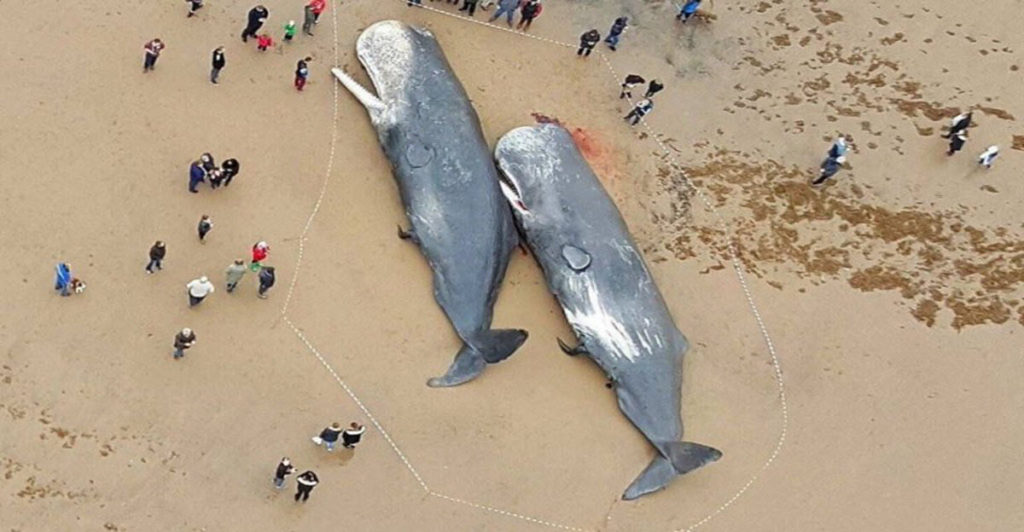 Those whales were found on the beach of the Murcia state in Spain.
Once their stomach was open, lots of trashes were found such as
plastic trashes, ropes and a part of the net etc.

It was alomost 30kg buried in the stomach.
How dreadful is that!!

This is a big warning for our plastic obsession.

Beacsue of this incident, Murcia state did some beach cleanng campaign.

Plastic pollution is one of the biggest threat for life in sea.

"Some sea animals end up with being dead, trapped in the trash in the ocean.",
Murcia’s general director of environment stated.

Later on scientist conducted a further investigation on those whales.

They presume that since they had swallowed those trashes, so trashes caused some damage with the digestive system.
That has led them to death.

A big warning for our plastic obsession

We human beings have to be faced with it and let go of our plastic obsession.

Hoever at this stage 300 million tons of plastic products are produced every year,
Moreover half of which is for just a single use.

Out of that figure, more than 8 million bags are brought to the ocean evry year.

Once they reach the ocean,
they get eated up by whales and dolphins.

They stay in their stomach forever.

Not only those whales stated above,
but also other whales were affected by plastic trashes.

In 2016 some whales were beached in Germany.
Once the stomach was open, so many trashes were found things like
fishing gear, engine cover and a part of the rope to catch prwans.

Scientists presume that they reached the shallow area
of the ocean accidentally while chasing some squids.

Usually if whales get lost, they lose sense of orientation.

That is how they beached themselves in Germany.

If those whales had live longer, they would have some digestive issues.
Beacuse once they swallow trash by mistake, it causes a big issue inside their stomach.

For the trash can not be digested, they make them feel full all the time.
Gradually their appetite gets weaker and weaker.

Finally they will die.

There is an another instance, a yound whale was flosting,
dead in the ocean off the Greek island of Mykonos.

Biologist thought the actual cause of the death
was his stomach was destended, after he ate a big squid.

Howeve once they dissected the stomach,
they found more than 100 plastic trashes like a plastic bag etc.

Not only whales, buit also birds, fish and dolphins were affected as well.

How awful is that!!

Plastic pollution is getting worse and worse

According to the survey in 2018,
70% of the trash in the ocean is non-degradable like plastic.

That is why they stay in the ocean forever.

It is expected that the litter in the ocean will increase 3 times more than today for the next decade.

We must not make that happen.

More rubbish than fish in the sea??

If that happens, that's so sad!

In Australia they stopped providing free plastic bags
to shoppers at supermarkets since July 2017.

It is impossbile to chage everything suddenly.
But we must do what we can do.

There are many thing swe can do.

Also we shojld throw away rubbish to a certain spot like a rubbish bin etc.

This time we talked about plastic pollution.