These days the world leans more toward banning straws.

Starbucks, Marriott Intrnational have banned plastic straws.
Other big companies follow this trend at the moment.

Why plastic strwas shoule be banned?
What is the benefit for it?

What kind of problems we face after banning straws.
What is the altenative for it? 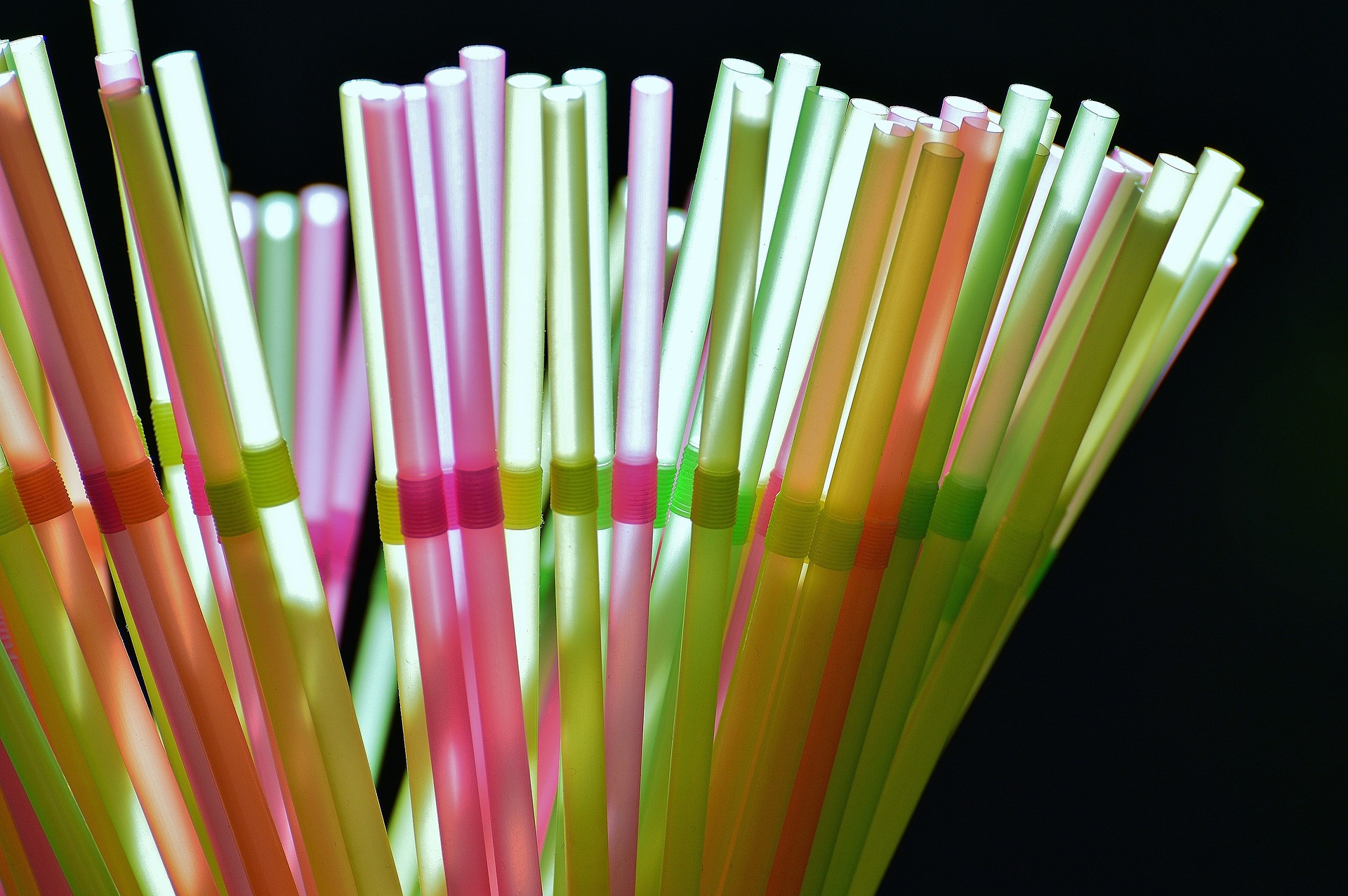 A lot of big companies are in the trend of banning plastic straws
such as Starbuck, Mariott Internationa, Hyatt Hotels etc.

This trend has started in the food and beverage industry.

On the other hand some peole are bewildered with this movement.
They want to drink with a straw that they have been using for years.

However there is some reason for those companies have banned straw.

The bottom line is the environmental issue.

Discarded plastics brouhgt to the ocean

Only in the coastal region in the world it is considered that
from 4.8 million tons to 12.7 million tons of plastic trashes gather.

Most of them were brought there
by the wind or water after discarded in the land or the river.

National Oceanic and Atmospheric Administration of America
made an announcement that more than 16 million square km
of plastic trashes are floating on the Pacific Ocean.

In other words this is more than 4 times of the entire Japan's area.

A video was shared

One painful You Tube video was shared in the world
and that started the big trend of banning plastic straw.

In the video the Marine Biology Research team
of the Texas A&M University off Costa Rica
found a sea turtle with something sticking in his nose.

The team was trying to pull it out while he was writhing in agony,
saying, "Once it's gone, you feel much better. Just hang in there!!"

Their words are filled with affection to him.

After some struggles, they finally got rid of it.
It was a plastic straw!!

The video was played more than 33 million times in the world.

That recognised straw is very harmful for the life in the sea.

Also the turtle's bleeding stopped after an hour or so,
and he returned to the ocean safely.

This sea turls was lucky enough to be found.
However  there are lots of animals in the ocean are in the similar situation, unsaved.

In other words most of them are not being treated,
living in the umcomfortable condition.

This is spin chilling, isn't it??

The video made us tick!

By the same token leaders in the big companies stood up forstraw ban.

Starbucks to ban plastics straws in all stores by 2020

In this trend Starbuck made an announcement that
they will ban straw in all stores by 2020.

Other than that, big hotel group Marriott International
made an epoch-making announcement as well in July 2018 that
by july 2019 they will abolish straws in all hotel.

They have about 6,500 hotels under their umbrella.
Therefore they estimate they can save
1 billion straws and 250 million plastic muddler.

It can be a big consevation of resources and expenses.

Above all it can save the environment a lot!

It is commendable that such a big company
like Marriott Internationa take initiative of it!

What is the altenatives for a straw

Starbuck will ban straws in all store by 2020.
What kind of altenatives do they have?

They mentioned the ywill offer lid designed for use without a straw.
From the lid you can suck up coffee directly.

In addition, they are not going to put up any price on the coffee.
That means Starbuck fans can make some great contribution to the environment at the same cost.

As stated above, it is great to hear that
those worldwide comapnies are motivated to do so.

It seems straw ban looks just perfect.
Is there any problem?

According to Canadian critic, it is a big issue for
people like Down's syndrome, dementia,
people suffering from aftermath of strokes and neurological disorder.
When drinking they need straws especially bending ones.

He pointed that the find it very inconvenient without a straw.

What is the real solution?

Straw ban is wonderful.
It is good for resources, environment and cutting cost.

It has definitely more advantages than disadvantages.

More than 95% is advantage.

On the other hand there is some disadvantage.
For example inconvenience for people with hsome handicap.

So whenever we need, we sould be able to use it.

Above all, we should not scatter trashes.
We must put used straws in the proper place such as rubbish bin etc,
so that they are not going to be blown by the wind to the sea.

We don't want to hurt life in nature or in the sea.

This time we talked about straw ban.

Making effort to protect our environment is important.

We want ohand over this beautiful earth to the younger generations.
That is our children.

Thank you so much.